I've got your opinions! 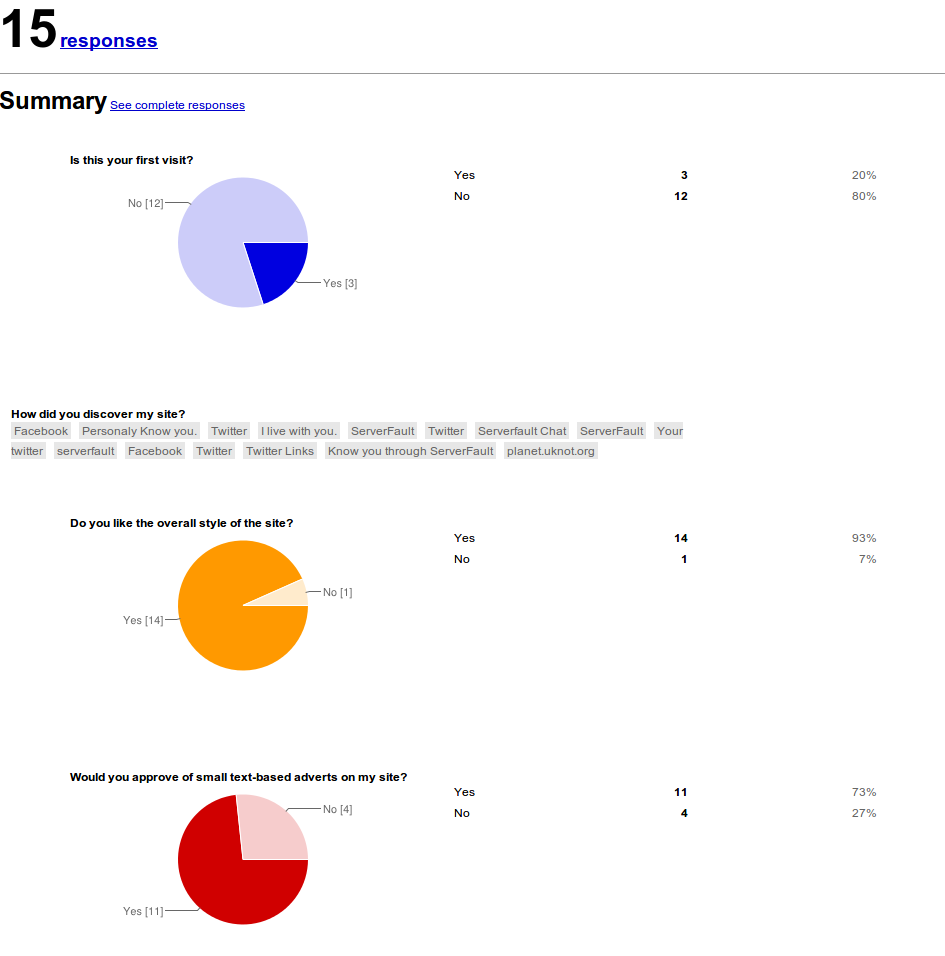 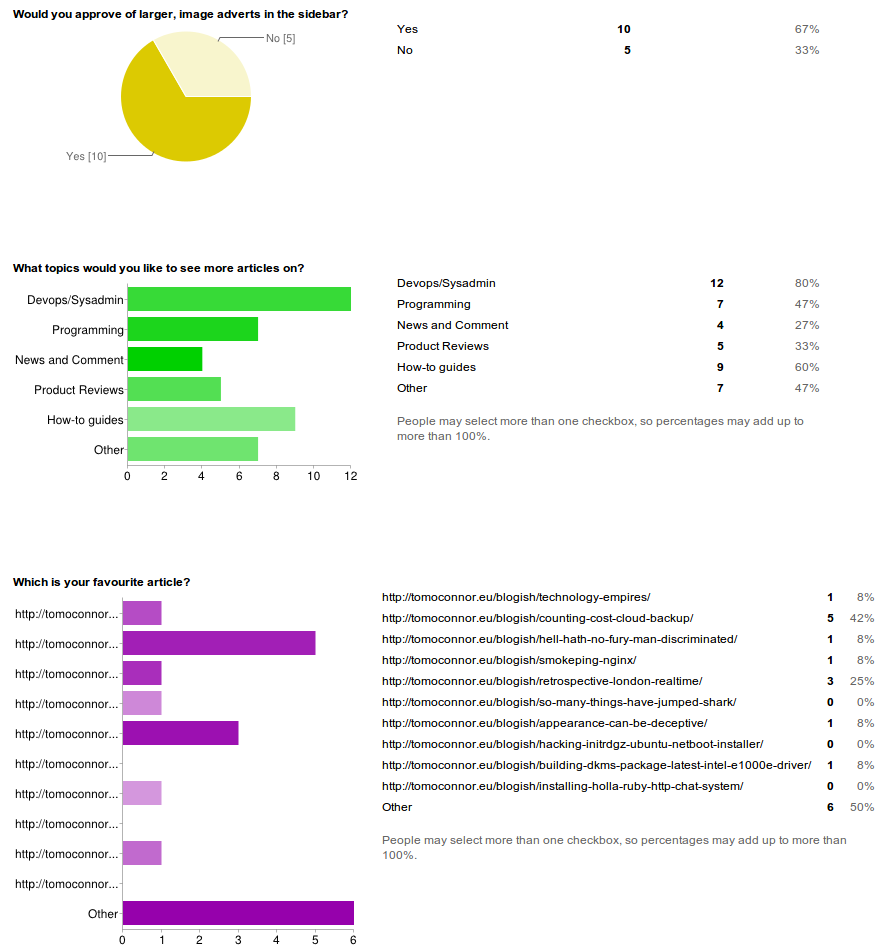 So it does look like the majority of you aren't too fussed about me running advertising on this site.  Rest assured, I'm actually not going to bother, not right now, anyhow.

So it turned out that the email I was sent was from a slightly dubious marketing agency called "More Digital", and if you google for them, there's a whole raft of unsatisfied customers.  So screw that.  If I'm gonna run advertising, it's gonna be via Google.

Lots of you want to see more articles on Devops and programming.  Fair enough.  I shall try and use this insight to write better articles in future.

I'd like to hear individually from the person who doesn't like the design.  That said, I don't much like the design, and it could be a bit more ajaxxy, but I don't want to sacrifice UX for shiny toys.

6 of you don't want me to switch to Wordpress. 4 of you do, so it looks like the nays have that.

Thanks to everyone who answered! It's genuinely good to get some of this kind of feedback now and again.

Some say he can divide be zero; and he was the cause of the big bang.